Maarten, born and bred in The Netherlands surrounded by dairy cows, graduated from the University of Ghent, Belgium, specialising in ruminant medicine, and has worked in the UK since 2001.

He worked in a farm-animal practice in Wiltshire until 2007 where he worked with large beef herds on Salisbury Plain and was the Veterinary Adviser for the Waitrose Dairy Farm, having input into the design, building and transition into a new facility when the herd expanded to 600 cows. In 2007 he travelled to South America, Australia and New Zealand, extending his knowledge and skills in the areas of suckler cow production and grass-based dairy farming. He built on this experience to develop the high standard of service for the beef and sheep clients of The Livestock Partnership.

Over the years, Maarten has become an expert in bull and ram pre-breeding and fertility examinations. He was one of the first vets in the UK to routinely use an electro-ejaculator for the safe and reliable collection of semen. He has tested more than 3000 bulls and spoken at several regional veterinary meetings on the subject.

He provides this service to farmers throughout the South East region which brings him to a variety of different beef and sheep farming systems. He is a past chairman of the West Sussex Grassland Society for which he has been a committee members for several years. During that period he has worked to rejuvenate the society as he is passionate about getting the younger generation involved in farming and securing the future of British farming. 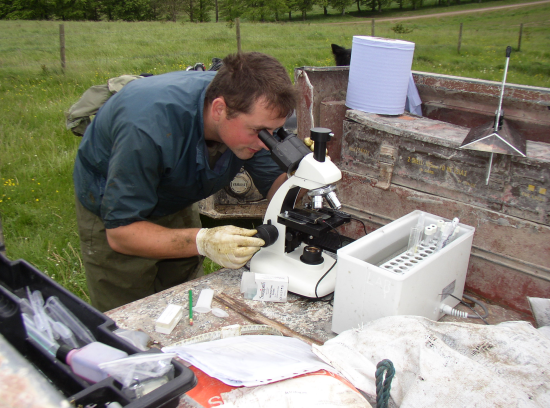